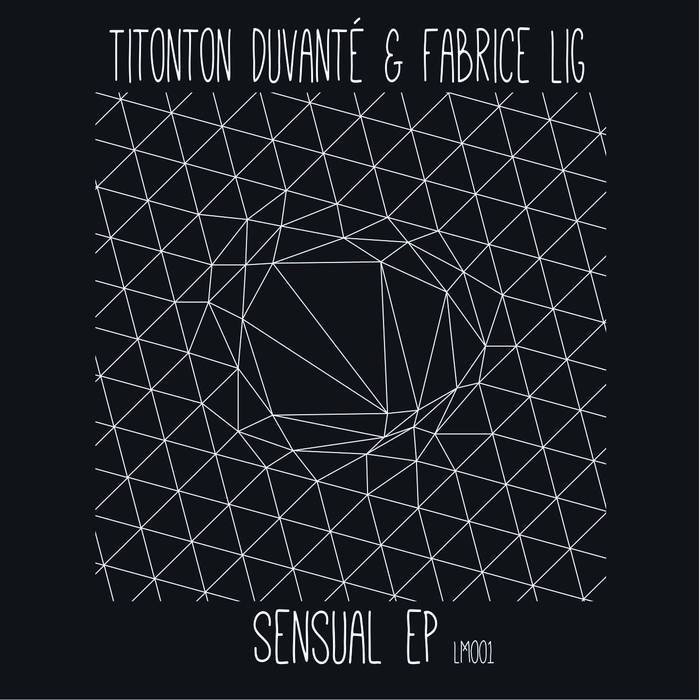 After the release of Interwaves 4 on Residual, Titonton and I , who had common vision of techno, decided to work together . He had to play in Belgium and Europe, it was a good opportunity to spend some time in my studio.
Titonton and I are both pretty shy and my English was not very rich at the time, communication was not always easy.
But once in the studio, without having to talk, magic was happening. Through a few looks, face expressions, we were communicating we were getting more and more towards a melodic, emotional and deep techno. Without a real working technique, we were both going from
computer to keyboards, from mixer to effects very fast and always in the good direction.
We were both using, in our own studios, the same kind of equipment including the Roland SH 101 synth which is our favourite.
We obviously used this synth a lot, adding our own experiences with it.
That's how we came with the "even deeper" song, whose name was a good choice because I think it is the deeper track both of us ever recorded.
After only one week, we came with four good tracks, it was time for Titonton to go back home and for us to think of labels to give those tracks to. We very quickly thought of sending them to Detroit, but the first label who popped to our minds was "7th City", legendary Daniel "DBX" Bell's label .
The label was mythic as artists like Claude Young, Anthony Shakir, San Bell, Todd Sines, John Tejada were aligning classics since its birth.

I sent the tracks to Dan Bell, and a few days later, I got a mail in which he was offering a release on his label. Once again, a label I was fan of was opening to me. It was great.
The ep had a big success from its release, but the story doesn't stop there, the record had a second breath 18 months after his release, in USA in particular.
In 2003, Dan Bell and I were playing together in France, we were talking about many things, and he told me he forgot to tell me a crazy story about the record.
He was in New York, end of 2001, he want to a few record shops and noticed they were all playing "even deeper" again and again.
Pretty surprising as it was not brand new. He asks around to deejays, record sellers who explain that from the World Trade Center attempt, 11th September, all NY deejays were playing it all the time. They made it their hymn of sadness and melancholy
facing the tragedy. The emotion of the track was exactly what they felt at the time. That’s how end 2001 "Even deeper" became the after 9-11 clubbers'classic in New York. It was time to make it available digitally and remastered...

Bandcamp Daily  your guide to the world of Bandcamp

Featured sounds by K.Spark and WIZDUMB, plus Basi joins the show to discuss his latest release.